Today extremely popular low-power variable optic is basically a subcategory of wide-angle riflescopes that come with a very distinctive shape with a smaller objective bell. That looks can be deceiving, says discussions on gun forums where some less experienced shooters believe this small objective scope is opposite mounted on weapons.

While the objective diameters of just 24mm or 26mm benefit to the less bulkiness and low profile, the smaller lens also means a narrower field of view and a less light into the tube.

However, the best of 1-8x riflescopes we reviewed boasts a field of view (FOV) at 100 yards greater than 115 feet.

Low Power Variable Optic is available with reticle either in first (FFP) or second focal plane (SFP). If your LPVO has FFP reticle, it means the reticle is positioned in front of the magnification lenses. With the first focal plane reticle, the size of the reticle will appear to change as the riflescope’s magnification is changed.

Unlike the FFP reticle, the second focal plane (SFP) reticle is placed behind the magnification lens, and it will appear to be the same size when you adjust magnification power up and down.

For the most part, a first focal plane reticle design is not necessary, but both reticle location can be effective under the right circumstances.

Pros and Cons of an LPVO over a Magnifier Combo

What sight is the smarter option, depends on what the type of shooting you intend to do with your rifle. Without doubt, 1-8x scopes are incredibly versatile optic instruments, especially if we consider a range of magnification and better reticles for distance shooting.

Since nothing is perfect, an LPVO has few downsides over a Magnifier Combo. As first, an LPVO set to 1x magnification will not be as fast as a red dot for close-quarters shooting.

Basically, LPVO is classic glass made devices that must cope with visual limitations such as limited eye box and eye relief. In that context, low powered scopes are less flexible on mounting locations compared to red dots with magnifier.

Features packed Vortex Strike Eagle rifle scopes are comparable to some optics in the $1,000.00 price range and quite justifiably can be classified as quality combat or sport optic.

Strike Eagle 1-8x24mm from Vortex is one of the most affordable tactical rifle scopes on the market that picking up steam with few other models in the firearm competition world.

As you would expect, dropping to the single 1-power setting or quick-moving all the way to the 8-power setting will give you a real edge from point-blank range to extended ranges. For these fast transitions from close to the longer-range targets, Vortex recommends their optional Switchview SV-4 throw lever.

The Vortex Strike Eagle scope comes with all lenses fully multi-coated for a brighter and contrast-rich picture and an etched glass reticle in the second focal plane. The scope retains 24mm diameter of the objective lens as an industry standard for low powered optics. Still, due to the high-quality glasses, it ensures a crystal-clear image even in the less than optimal light conditions.

There are several available reticles for the Strike Eagle, all located in Second focal plane (SFP), but the model SE-1824-1, sports the illuminated, glass-etched BDC2 reticle. This reticle boasts bullet drop compensator is already set up for use with both 5.56 and .308 cartridges and comes with 10 intensity settings.

This feature-rich optics has low profile capped turrets for windage and elevation that can be adjusted in half MOA increments.

The Vortex Strike Eagle 1-8x24mm riflescope is made of single-piece 30mm aluminum tube. The robust scope housing is shockproof, nitrogen purged, and O-ring sealed for waterproof and fogproof performance.

As the main selling point of Primary Arms SLX riflescopes is frequently emphasized its patented Advanced Combined Sighting System (ACSS) reticle. This quite remarkable reticle offers bullet drop compensation (BDC) and range estimation, combined with wind holds and fast-moving target leads, and all of that in the form of a chevron center aiming point rather than a dot.

That easy to use system will enable you firing quick and instinctive shoots from 0 – 300 yards, but also the precise shoots up to 800 yards are easily possible. Employing a 5X5 matrix grid as a holdover system, this scope provides you an efficient tool for moving target lead correction out to 600 yards.

The ACSS reticle is placed in a second focal plane and it is calibrated for standard 5.56NATO, 5.45x39 or .308 Winchester cartridges. The reticle features red illumination with an 11-position brightness setting and uses a common CR2032 battery.

Another highlighted feature of this solid Primary Arms LRVO is construction quality based on a 6063-aluminum scope 30mm body and a 3-year warranty for all manufacturer or material defects.

Like all Primary Arms SLx optics, this scope is waterproof, fog resistant and built as a nitrogen-purged system capable of providing an adequate sight picture in most adverse hunting conditions.

This is one of the best value 1-8x scopes on the market that can suit the needs of tactical shooters and hunters from all backgrounds.

One of the best low power variable optics (LPVO) for AR-15 is the Burris XTR II 1-8x scope designed for combat and serious competitive rifle shooters. Until now, you have probably learned that 1-8x scopes are pretty versatile only if they are quality made by highly respected manufacturers.

The Burris XTR II 1-8×24 riflescope is one of them offering a "true" 1x magnification for close-range work and an illuminated BDC reticle for precision shooting out to 800 or 1,000 yards. This outstanding low power variable magnified optic comes equipped either with Ballistic Circle Dot or with the Ballistic Dot. The scope is available in both front and rear focal plane, but our representative here is a model #201018 using a ballistic circle and a single red dot reticle located at the first focal plane. The red illuminated reticle retains 11 illuminated brightness settings suitable for daytime and low light or night vision use.

The elevation and window knobs are tactical and exposed for quick elevation changes.  This Burris multi-turn style is known as the MAD turrets system, which also offers zero click-stop technology.

Since its original role is combat theater, scope features 25% thicker housing than the previous XTR versions for field abuse and overall ruggedness. The riflescope 34mm body is machined of single-piece aircraft-grade aluminum to withstand the beatings given to duty rifles.

As one of the best tactical 1-8x scopes, the Burris XTR II entered the civilian market and soon became one of the most favored scopes for fast-acting shots in the three-gun competitions.

If you are looking for the cost-effective low powered “T8“optics, then the new UTG branded 1-8×28 MRC scope is an viable option. Within reasonable price tags, the line of Leapers UTG products is often a good choice as a general use sighting tool.

An UTG T8 rifle scope boasts an 8X-zoom feature support by an etched glass mil-dot BG4 reticle. Their new ballistic drop compensating and range finding reticle is very useful since it does not have much clutter in the center.

Along with BG4 etched glass reticle intended for quick target acquisition. the rangefinder markings are calibrated for the common 5.56/.223 loads and provide reference points for up to the 600 yards distance.

This UTG scope retains on all glass surfaces an emerald lens coating for maximum light transition and light gathering control.

The UTG 1-8x28mm scope is based on the 30mm aluminum tube, which is completely sealed and nitrogen filled for fog and rainproof performance.

The most expensive Low Power Variable Optic (LPVO) model on our list comes from Leupold Optics and quite justifiably, it offers everything one can expect from such a rifle scope. The Leupold Mark 8 CQBSS (Close Quarter Battle Sniper Scope) incorporates everything hard professionals and serious shooters need into one extremely versatile optics.

The new CQBSS is a 1.1-8X power optic, which means it offers more than 7X zoom range, making this LPVO extremely versatile instrument, that predominantly work inside 100 yards but is also capable of the sniper’s job out to 800 meters with good results.

Anyway, the Leupold Mark 8 1.1-8x24 by definition is designed for CQB and medium-range target shooting, though it can perform in a "one optic, multiple mission" package.

A Leupold Mark 8 CQBSS scopes are available with several reticles' types, but our model 110121 comes equipped with a Leupold's new Marine-Tactical Milling Reticle (M-TMR). While this scope is offered for civilian gun community, another Mark 8 version with Horus 27 illuminated-dot reticle is purpose-built for the military and law enforcement.

All Mark 8 CQBSS scopes are designed as a first focal plane optics and boast illuminated reticles with eight brightness settings which are compatible with night vision devices.

Mil-based M-TMR reticle is compatible with turrets, meaning the windage and elevation adjustments have click value of 1/10 of a MIL or 10 mils of adjustment per turn.

The Mark 8 1.1-8x24 mm is a big scope built around 34 mm aluminum tube which reliably protects the internal mechanism and at the same time provides a huge adjustment range of 100 mils for both windage and elevation.

DOES A 1X SCOPE MAGNIFY?

Most of the low powered scopes come in 1x or 1.5x configuration to enable shooter instant target acquisition at close distances. While the cheaper brands don’t offer true 1x magnification, some of the premium class riflescopes have a proper 1x magnification, meaning that it is possible to use both eyes open when aiming.

How far can you shoot with a 1-4x Scope?

Generally, 1X- 4X scopes are designed for point and shoot close range objects. Hence the shooters zero it in at 100 yards.  Since the commercial 1-4x riflescopes are purpose-built for home defense use and for specialized sorts of hunting such as driven hunts, they could be zeroed in at 50 yards.

Nevertheless, when the 1-4x is zeroed at 100 yards, it would be usable for shooting at 400yards though. However, for target shooting, it would be challenging to shoot small groups with only 4X magnification.

How far can you shoot with a 6-power scope?

Although the 1x-6 powered optics are for close range and quick access on target, it would enable you to fa shoots at 600yards.  To remind you one old rule for scope using on a big game is about 1 x magnification per hundred yards.

More realistically and ethically would be to use 6-power scope for hits on the big game out to 300 yards, and maybe a bit farther in a good light.

While the 1-8x scope is intended to be used looking through the scope with both eyes open at the lowest magnification setting, it also offers enormous advantages for shooters who need to make further distance shots in a blink of an eye.

If you intend to do most of your shooting at longer ranges, then you need massive magnification. However, in the real world of shooting, a 1-8x scope when cranked up to 8x power will enable you to engage rather lengthy distances by up to 800 yards. So, with the 8-power setting and adequate light and weather conditions, target at 600 yards will be an easy task to accomplish.

Before buying a 1-8x scope, you should be aware the 1-8x optics are particular kinds of riflescopes used by highly skilled and specialized civilian shooters or military personnel and professional marksmen.

Though manufacturers marketed their Low Power Variable Optic (LPVO) as capable devices for both close- and long-range work even up to the 1,000 yards, this is quite the ambitious statement, but technically possible.

Anyway, the 1-8x models are the excellent LVPO scopes perfect for dangerous game, or big game under 200 yards in the hands of a seasoned hunter.

Hi, I'm Scoty
At Cotrout.org, we love the outdoors life. Fishing and camping is our number one enjoyment, so we understand the importance of offering a good selection of quality outdoor gears! 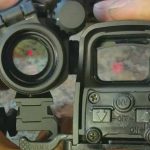 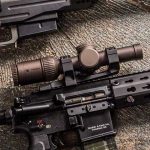 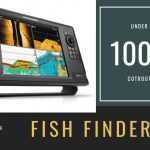 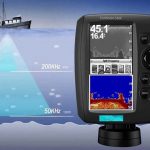 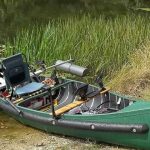